skip to main | skip to sidebar

what i dreamt about last night (2) 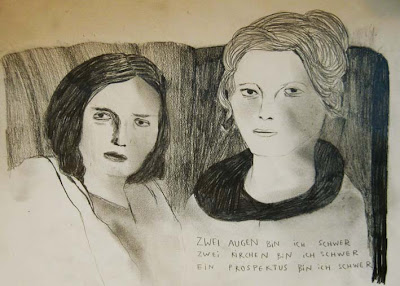 i was somewhere between waking and sleeping. and i saw a car with two women in it. it was like a film, because the images came to me, and i saw close-ups of the faces of the women.
they were talking, but i could not hear what they were saying.
then, the blonde woman began talking, very slowly and with a clear voice, in german:
"zwei augen bin ich schwer
zwei kirchen bin ich schwer
ein prospektus bin ich schwer"
i don't know the meaning of those words. but in the dream it was like she was saying that she was faithful to two eyes, and faithful to two churches, but only faithful to one vision. but i don't think that's the correct translation of those words.
i woke up, but i was still in the dream, and wanted to write it down. but i could not, because i was still asleep.
by et les autres 5 opmerkingen: 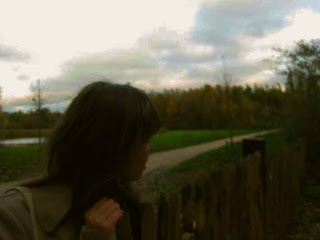 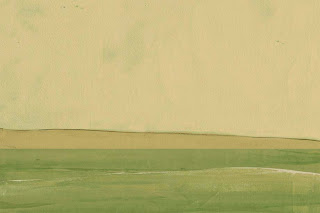 a walk and a drawing
by et les autres 3 opmerkingen:

what i dreamt about last night (1) 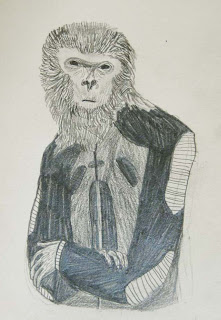 A short recapitulation of my very strange dream this night

Me and my friend Trui had to go back to primary school.
We heard screaming and a lot of noise.
There were three children kidnapped. One girl and two little boys.
The whole school had to paint, draw, cut and paste, in the hope that there was at least one drawing that would be some secret code for getting the children back.
My drawing was the one that could release the little girl. Only if i  could finish it without ruining it.
The mother of the little girl went into the classroom, and she started crying and screaming.
Then i was in the mountains.
There was a race going on between three motorcyclists.
Two had a red helmet, the third had a blue one.
They were racing towards a building were the little girl was captured.
The little girl was the first price of the race. The winner could take her home.
The blue helmet racer won. But when he took his helmet off, i could see he had the face of a monkey. He had this strange look in his eyes.
by et les autres 4 opmerkingen: 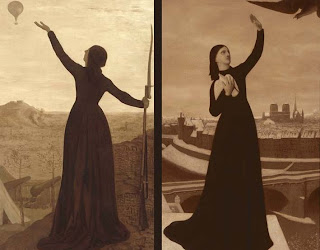 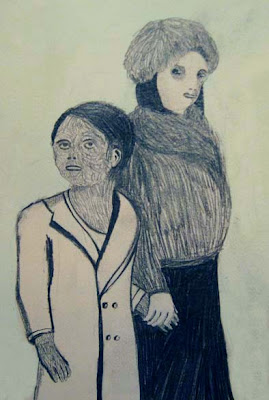 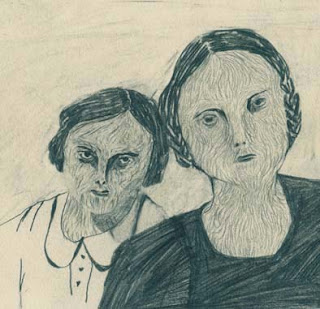 i have so often nightmares about women and girls that are completely covered with hair or fur.
by et les autres 1 opmerking: 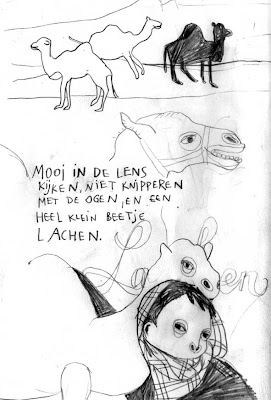 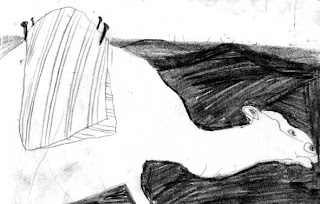 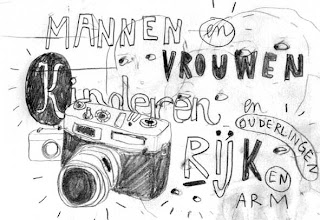 sketches for a story about dromedaries
by et les autres 3 opmerkingen: 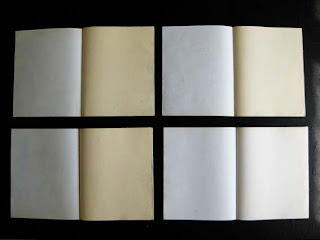 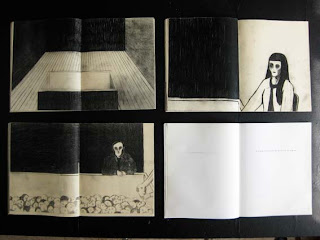 my four books: my head and my nightmares
by et les autres 4 opmerkingen: and here's the entire animation (in an awful bad quality).
by et les autres 5 opmerkingen: 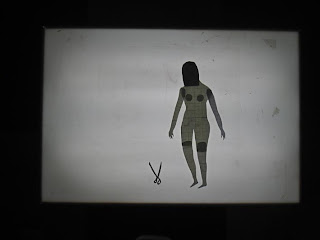 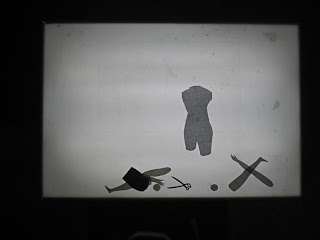 the first and last frame from a short animation i've made. 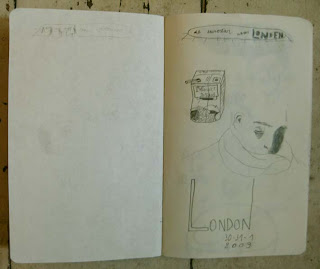 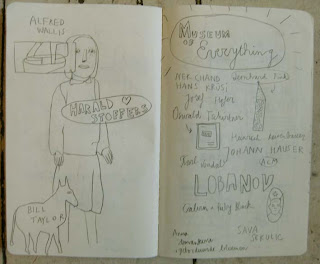 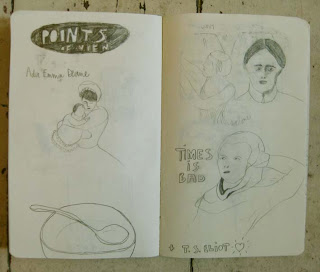 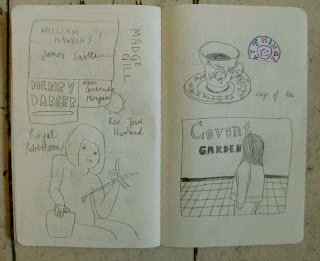 some pages of my london-sketchbook.
by et les autres 5 opmerkingen: 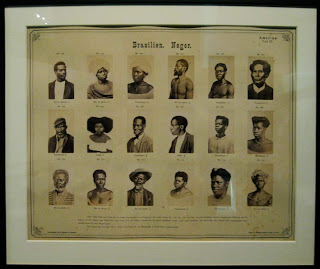 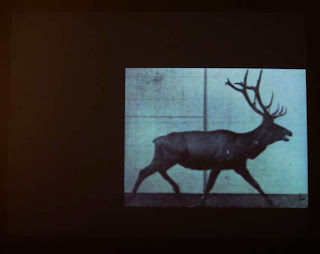 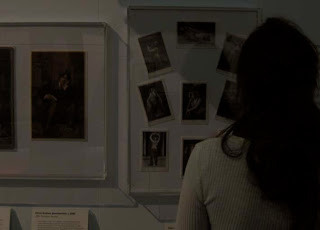 I went to London this weekend, where I saw the exhibition "Point of View" in the British Library, about photography in the 19th century. I truly adore these old pictures.
by et les autres 2 opmerkingen: